One of the largest auto manufacture company, Maruti Suzuki, is planning to roll out a new Hybrid Maruti Swift soon in India, after the Honda Civic and Toyota Prius even to be launched in the hybrid segment. This Hybrid model was displayed in the Tokyo Auto Show, 2009. 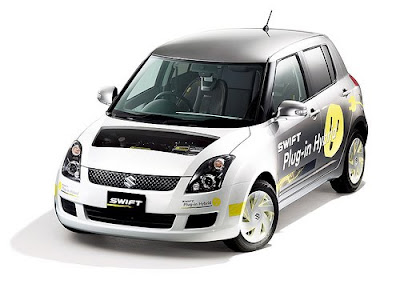 The New Hybrid car will have electric motor coupled of petrol engine which acts as a generator, it will give enough output to change the battery in low speed journey of 20km. The new hybrid model battery will be made of Lithium iron. The battery can also be charged by connecting a standard household socket. No official announcement about new Maruti Swift Hybrid model in India by the company. On the other hand, Volkswagen Auto is going to launch a new Volkswagen Polo, Volkswagen Beetle soon in India.