Maruti Suzuki India Limited has recently launched a Maruti SX4 sequel model in India which comes with the new K-series engine and automatic transmission system. On the other hand, the largest carmaker is, now, preparing for all other models their money. SX4 has displaced the segment leader Honda city from its number one position temporarily in June 2007. However, same situation had not been there since then. The car buyers are happy, because the automatic transmission sequel model of Maruti SX4 has begged better sales in the market with an affordable price. Even both models feature the new VVT engine which has come up to compete fiercely in their segment. 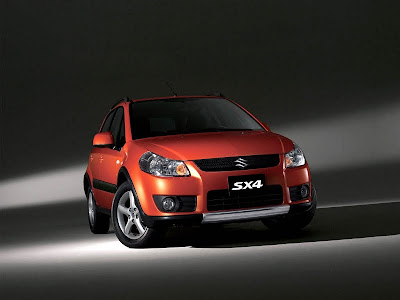 The SX4 still comes with 4-speed gearbox. Yet, the Honda's is better to this one, because the Honda's comes in aerodynamic design and 5-speed gearbox. The new Maruti SX4 performs much better as a out side road. It's 16"wheels do much better against the 15" wheels of Honda city. Against the competitor of Maruti cars "we have known to be low maintenance and with the new lower price tag which is nearly 2 lakh. The Maruti SX4 car surely gets advantage in a affordable price market to the competitor's. other side the Volkswagen Auto will launch a new Volkswagen Beetle on 4th December, 2009 in India.