Maruti Suzuki, the largest car maker, will launch best selling its models, Maruti Alto and Maruti Wagon R, with new generation small cars K-series engine. It will be prepared by the April 2010. The Company will withdraw the F-series engines in both small cars and convert them in it's K-series engine. That is Bharat Stage IV complaint. Maruti Suzuki spokesperson said that K-series engine will be mounted to more models. He did not mentioned any clarification and time line for the exchange of engine. In the domestic market, Maruti Alto crossed one-million mark in November last year, while Maruti Wagon R also saw great respond in compact car sales. 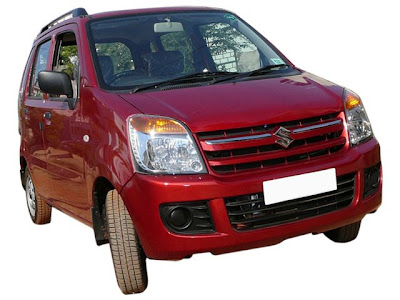 The company said that newly launched models of the company are already having the new engine such as Maruti Ritz, Maruti A-Star, and Maruti Zen Estilo. And it have lesser emission. Maruti Suzuki India Limited is preparing itself for the change scheduled stricter with 11 cities move to Bharat Stage IV emission norms from the current BS III in India by April next year. The company has already upgraded mid-sized sedan Maruti SX4 with new engine and it will be shortly rolled out in the Indian car Market, while the similar up-gradation for premium compact car Maruti Swift and entry-level sedan Maruti Swift Dzire is on the cards, but Maruti 800 will not be upgraded with the same K-series engine.
Posted by avika at 11:00 PM