Maruti Suzuki to introduce a new updated WagonR by March 2010

A new facelifted Maruti Wagon R will be introduced in the March 2010. It will be available with powered by K-series engine and CNG option in India. Maruti Suzuki is attempting to upgrade its models according to Bharat Stage IV norms. The company has already reviled two models: Maruti Ritz, Maruti A-star which come with new BS IV compliant K-series engine. MSIL has 50 per cent market share in Indian market and to maintain this. The company is revolting its popular models like Maruti WagonR, Maruti Alto. The company has not provided with any intimation about the new updated model. 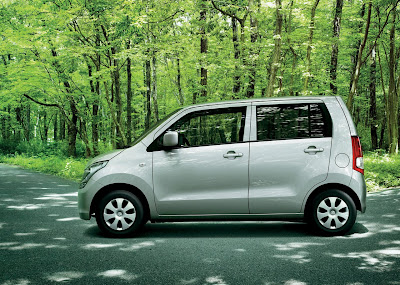 It is also informed that the new model will be upgraded completely inside out (Interior and Exterior). The top version are also believed to have ABS and airbags features. The exterior feature added with new front facia, new head lamps and tail lamps. Earlier, the spokesperson of MSIL has commented,"We have tired our allotment of new cars included with eight new launches in India by the past three years. Now, we are looking at increasing our leadership by our old refreshing case. On the other hand, Volkswagen Polo and Ford Figo are ready to be unveiled in India.
Posted by avika at 1:49 AM