Country's leading car manufacture, Maruti Suzuki might introduce its other small car 'Maruti Cervo' in India by the end of 2010. The Cervo has already been hit in the Japanese market and the company has achieved a hug success by its small cars. Maruti Cervo comes as a modified of already most selling cars, that is Maruti Alto and Maruti Wagon R. Maruti Suzuki represents the entry-level segment, which faces tuff competition from world cheapest car 'Tata Nano'. The company hasn't yet officially announce about price tag and features. As per other website reports, it is supposed the price would be around between Rs. 1.5 to Rs. 2 lakh. 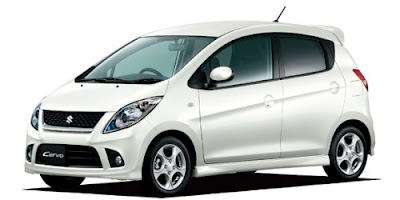 Maruti hopes that after the launch of Maruti Cervo, will attract the new generation as a sports and stylish look car. The car has been equipped with an1 litre, 660cc engine capacity, which is able to create maximum power of 54bhp. Maruti Cervo's exterior view look like a Honda Fit. The superb sleek look, interior view also resembles to the Maruti Swift or Maruti SX4. Exclusive design has given to both interior and exterior features. 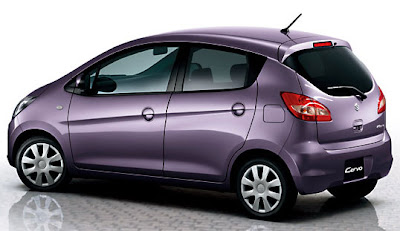 The car is also prepared with 4-speed auto gearbox a K6A DOHC engine with VVT, front semi-bucket seats and media feature as a Bluetooth connectivity. According to the statement, which has suppose by the auto exports that Maruti Cervo will become a most selling and fastest car in the Indian Auto Market, when it launches. Cars to look forward to this quarter are Ford Figo and Tata Aria that will be launched in the month of Feb and March respectively.
Posted by avika at 1:07 AM