Japan's major auto company, Suzuki Motors Crop intends to roll out its most selling hatckback car's, Maruti Swift, new upgrade model in the international market by 2011. The model will be prepared specially for the cold weathers and the model has been caught testing in cold weather condition in Germany. Currently, model is the best selling car in the UK Market. The present model of Swift was introduced in 2005 and the car has got the best car of the year Award that year for great performance such as good fuel efficiency, interior and exterior features and affordable price. UK is also committed for swift that to be coming as a hybrid model. 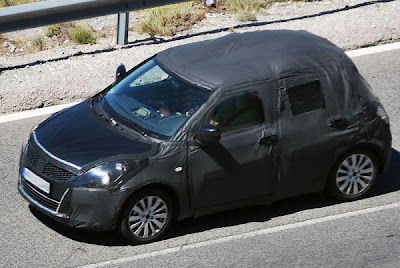 Suzuki motors has already launched its premium sedan model Maruti Kizashi in the American market. Indian customers may have to wait for the new re-designed model as well as hybrid variant, but about hybrid variant possibility is not confirmed. The new Maruti Swift is believed to be available with the 1.2 litre K-series petrol engine in country. 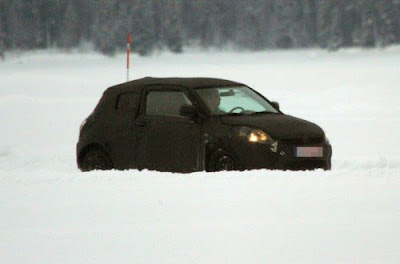 Its also possible that Suzuki could continue release its next generation Multi-jet engine and increment it with more powerful engines, which will come from 1.5 liter CRDI unit. The great surprise for UK customers, they will soon have the new Suzuki Swift model, which will be the next generation model for the American customers. Other upcoming cars are Tata Aria and Ford Figo.
Posted by avika at 1:48 AM