Maruti and Hyundai leads the exports growth of over 33.23pc

The country's leading car manufacturers, Maruti Suzuki and Hyundai has posted a exports growth of over 33.23 percent in the last financial year by exporting 4,41,710 units in the period as compare to the 3,31,535 units exports in the previous fiscal year, according to the data provided by Society of Indian Automobile Manufacturers (SIAM). Maruti India exports it latest Euro-IV compatible cars in European market including Maruti A-Star and Maruti Ritz. While Hyundai exports its popular small cars in India like Hyundai i10 and Hyundai i20.The main factor in this high growth in exports was the rising demand for small cars in European market, where major Indian companies including Maruti and Hyundai offered incentives to customers for buying new cars in exchange of their old ones under a scrappage incentive programme, Pawan Goenka, president of SIAM told reporters here. The company's which were maximum benefited by this scrappage incentive programme are Maruti Suzuki India and Hyundai India. 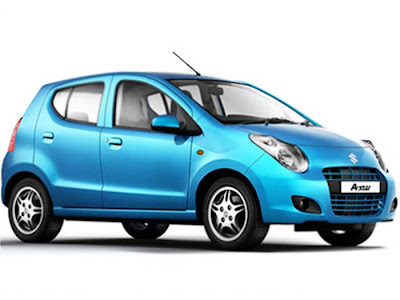 The largest car exporter from India, Hyundai Motor India registered an export growth of 12.75 per cent in this financial year,at 2,85,658 units as against 2,53,344 units in the previous financial year. On the other hand India's largest car maker Maruti Suzuki India registered a sales growth of more then 100% in its overseas sales at 1,46,156 units in 2009-10 as compare to the 68,835 units in the previous fiscal. The overall vehicle exports from India jumped by 17.90 per cent at 18,04,619 units in FY10, as against 15,30,594 units in 2008-09, as per SIAM. India, which saw its domestic sales increasing by 26 per cent, stood as second fastest growing market after China which registered a sales growth of 42 per cent in the same period. Meanwhile, Skoda Yeti and Tata Aria are the upcoming cars in India.
Posted by avika at 5:00 AM