Japan based auto manufacturer, Suzuki Motors has declared that the aggregate worldwide sales of the Suzuki Wagon R has crossed the 5 million units mark at the end of February this year. The company sold more then 3,498,000 units in its domestic market Japan where the company sells 4th generation Wagon R, while in India and China the company managed to sell 832,000 units and 330,000 units respectively. With this, the aggregate sales in other countries stood at 340,000 units. In India, the Maruti Suzuki, a subsidiary of Suzuki Motors, is all set to launch a new generation Alto with its latest K-Series engine. The new Maruti Wagon R will be compatible with the new emission norms BS-IV, which came into application in 13 major Indian cities from April 1st. 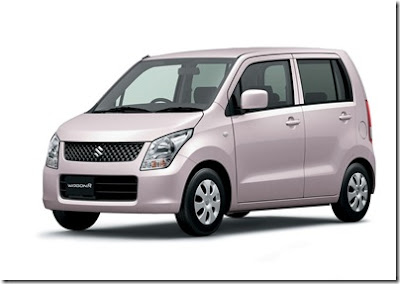 The 2nd Generation Wagon R will launched in India on April 23rd, with an all new transmission, more space inside and a face lifted exterior outside. However, with the arrival of the new Wagon R, Maruti Suzuki has temporarily suspended the manufacturing of the Wagon R (Duo), which also gave the customer the option to the vehicle on LPG. The new car will be available in three variants including the Lx, Lxi and the Vxi, and the top-end version will be having an ABS, two front airbags, besides an integrated stereo. As of now MSIL would only be manufacturing the petrol version of the Wagon R which would give more power and fuel efficiency. The new Wagon R is thus roomier with a larger cabin space and increased leg-room for all passengers. On the other hand, Skoda Yeti, Tata Aria and Nissan Micra are the upcoming cars in India.
Posted by avika at 3:09 AM