New Maruti Alto to be launched in India

Maruti Suzuki India Limited, largest car maker is going to introduce the largest selling 'Maruti Alto' car in India. The new Alto would be rolled out on the affordable price tag of Rs.2 lakh. and will be loaded a 1 litre K-series engine capacity. Around 20,000 Altos are sold every month by the Maruti Suzuki, throwing light on the buying preferences of Indian customers. Its a great delight for the Indian customers as one of the cheapest hatchback car is going to be revamped soon. The revamp is done with the dual hopes of replacing Maruti 800, their flagship and most selling car in India that is phased out and also to beat the rising competition in the Indian automobile market. 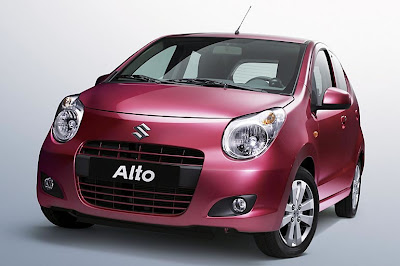 As most of the car manufacturers are on a launch spree, Maruti wants to hold the position in the small car segment. With all the face-lifts and innovations in design Maruti Suzuki is certainly aiming to capture and hold its position in the Indian automobile market that continues to remain a hatchback major. Although Maruti is making efforts to reduce the price of Alto, there are not going to be any major changes in the looks of the car. The top officials were heard saying that they would like to retain the design of their much successful model. 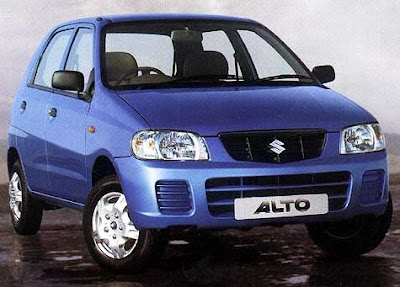 Maruti is also revamping its another popular hatchback, Maruti Wagon R and has invested Rs. 290 crore in the same. Maruti Suzuki has always catered to the needs of Indian customers and the same is reflected well in their latest thoughtful move. RC Bhargava, Maruti Suzuki chairman said that it's their constant concern and effort to lower down the prices of their automobiles and that the latest move to strip down Alto's price is going to bring it close to the range of M800. Meanwhile, Nissan Micra, Tata Aria and Skoda Yeti are the upcoming cars in India.
Posted by avika at 3:50 AM