Maruti sales figure in May 2010

India's largest auto manufacturer, Maruti Suzuki India Limited has set a recorded sales growth by 27.9 percent to 102,175 units from 79,872 vehicles it sold in the same period of last year. This is the first time that the car manufacturer has ever sold over 1 lakh units mark in a month, its last highest monthly sale figure being 96,650 units in February 2010. The company has maintained to get a cumulative sales figure of 1,02,175 units including sales in both international and domestic markets. Maruti Suzuki managed to sell 90,041 units of its cars in the domestic market, zoomed by 27.2 per cent over corresponding month last year. 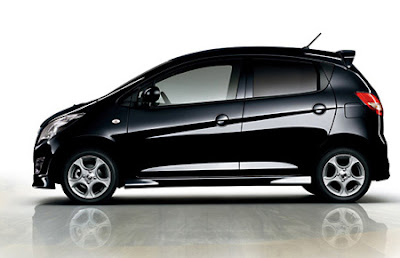 The company registered highest ever domestic sales in A2, A3 and C segments respectively. The company's exports market has also grew 33.5 percent at 12,134 units during the month of May 2010. Maruti Suzuki is planning to launch its new cheapest car, Maruti Cervo in the Indian auto market by the month of June or July 2010. On the other hand, Many auto players are also ready to introduce its new products line soon in India - Volkswagen Vento, Tata Aria, SKoda Yeti and Nissan Micra.
Posted by avika at 5:17 AM