New Maruti Swift to be launched soon in India

Suzuki Swift, one of the largest selling car model in India. Suzuki Motor corporation, One of the largest auto manufacturer, has starts the production of its new 2011 swift model in Hungary. The company is planning to introduce the Magyar Suzuki-produced new Swift in Hungary in coming autumn. Besides, the new Suzuki Swift will be available in Italy, European, United Kingdom and Germany. The new Maruti Swift has got big wheels and small profile tyres. It is powered by 1.2-litre petrol engine which is equipped with Dual Variable intake and exhaust valve timing (VVT). 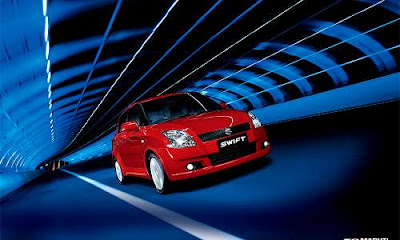 The engine of new 2011 swift produces a maddening output power of 94PS at 6,000rpm while generates a peak torque of 118Nm at 4,800rpm. The new model is also available in D13A 1.3-litre deisel powertrain. The interior of the car has got a more dynamic and black is the keytone colour this time. There was accents of sliver. New 2011 Swift has also grown a bit in length. The company's engineers has uses high strength steel in this model which makes the total car body lighter yet stiffer than before. 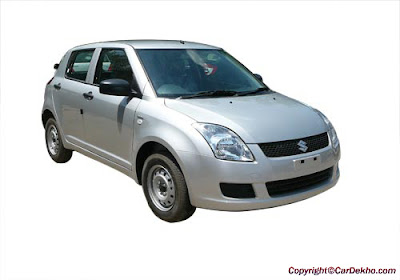 The under body design has gone through improvement. The all new Maruti Suzuki Swift is the latest world strategic model from Suzuki and the model flatus features like impact safety, styling, driving performance, improved fuel consumption and quality. Apart from that launch, Indian car lovers will see more launches in India that includes Skoda Yeti, Tata Aria, Nissan Micra and Volkswagen Vento.
Posted by avika at 5:12 AM