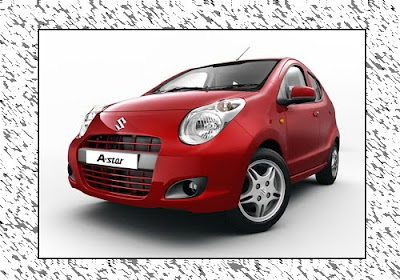 The A-Star is one of the largest exports model of the company from Indian auto market which it sells in both automatic and manual transmission versions in the European auto market. Besides, MSIL is planning to launch CNG variants of five of its most popular cars in the Indian market including best-selling Maruti Alto, compact hatches Maruti Zen Estilo and Wagon R, MPV Maruti Eeco and starting range sedan Maruti SX4. By launching these alternative fuel variants in the country, the company is eying on capturing large chunks of mass volume segment. The new auto gear version of A-Star is believes to be priced tag of Rs 4.5 lakh (ex-showroom-Delhi).
Posted by avika at 4:41 AM