New Maruti Swift to launch in May 2011

Maruti is one of the leading automobile manufacturer in the Indian market and the company wants to leave a immortal mark in the luxury car segment. Maruti is trying its level best to achieve its goal, which is clearly figured out with the launch of revised form of its well known car Maruti Swift. 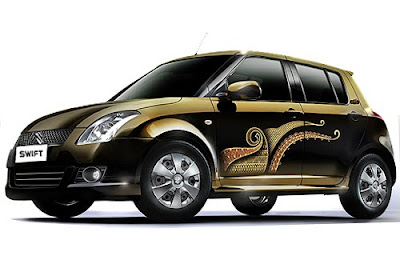 The company is the most saturated and vital segment in the domestic auto market holds a share of 70 per cent in the overall car market in India. Winning over it is one of the small car Maruti Swift which is the Indian auto giant's best seller. Maruti Swift has went through some cosmetic changes that includes excels in deign, technology and features. It has been speculated that the new revamped version of Maruti Swift will be finally entering in the market in May 2011. The car came up with various changes in terms of space, comfort and features. All those who are waiting to try their hands at the 2011 Maruti Swift may not have to wait for long. 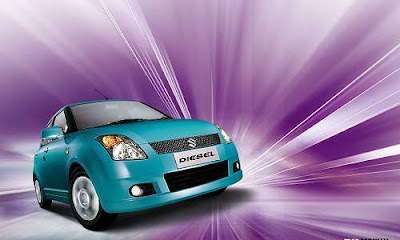 The new model of Maruti Swift will be a little bigger than the present car model and will feature an all new front end replete with new headlights and front grille. The tail lights has also redesigned with rounded rear end. According to the sources, close to the development, the powertrain in Maruti Swift 1.2 litre K-series petrol engine and Maruti Swift 1.3 litre Fiat Multijet Diesel engine will remain untouched. 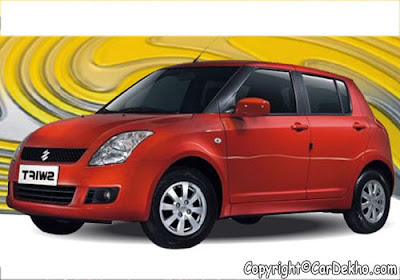 The newly manufactured Maruti Swift is likely to come in a keyless option. The dealers are in high dilemmas and loaded with queries about the 2011 Maruti Swift. As per the experts, Maruti Swift will again conqueror the small car segment, as it has already started giving sleepless night to its arch rivals.
Posted by avika at 4:47 AM